Artist Derek Lipscomb just posted some artwork for two projects I contributed to at Afro Stache Studios. One is the inside flap of a Poverty Annual #1 (I wrote the second story called “Grounded”). This should find its way out by year’s end from what I have been told. 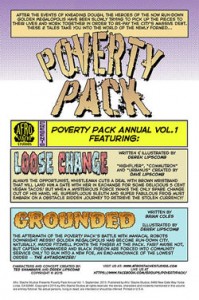 Secondly, I was fortunate to have written a full issue of a new character called “The Stache”, an 80s action hero/P.I. who suddenly finds himself in 2016. And yep, you guessed it, expect this in 2016, first part of the year, if all goes well! 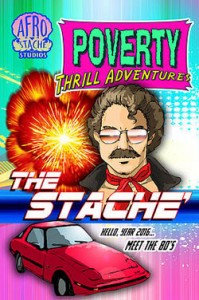